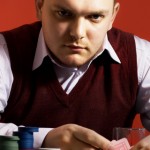 One or several players have called the big blind (limped).

If your hand is good enough so that you would have opened according to Preflop Strategy, you should normally raise. Raise to 3-3,5 times the big blind plus one big blind for each limper. For example, if there are two limpers and you normally raise to 3 times the big blind, you should raise to 5 times the big blind. A couple of years ago it was a good strategy to raise with a wider range of hands than you would open with since you would often win the hand immediately, or be likely to get heads-up with position on a poor player. However, in today’s poker most other players at the table will be very much aware of what range you are raising with and might take advantage of you if you overdo it.

If your hand is not good enough to open with you should almost always fold.

If your hand is good enough to open but plays well in in multiway pots (pair or suited connectors) you can consider calling (limping behind) instead of raising sometimes. Most of the time it is better to raise, but you should consider the circumstances:

It is usually better to raise if:

It is sometimes better to call behind if:

The reason to only do this in late position is that you otherwise have an increased risk that someone will raise with a good hand and that you invite players to limp behind with similar hands as your – in which case they will have position on you.

It is likely to become a multiway pot if it is unlikely that someone will raise (uncommon situation in most online games today) or that if someone raise one or several of the limpers will call the raise.

You might get good enough implied odds against a raiser if he/she is likely to be willing to pay a lot with a semi-strong hand like top-pair or overpair. Read Preflop Implied Odds for guidance on how to judge if the implied odds are good enough.

In summary, you should raise or fold most of the time when there are limpers in the pot unless the conditions are unfavorable for raising but favorable for an overlimp. Also keep in mind that you give away more information about your hand when you are overlimping, since you raise with your strong hands most of the time (same balancing issues as for limping in unopened pots).