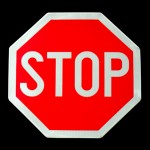 For some years there has been a heated debate in the poker community – including the top names – about whether it is good to limp in an unopened pot or if it is better to put in a raise.

A couple of years ago the poker community was probably split in half with strong advocates on both sides. But the last year I believe there is more and more consensus that raising is better than limping.

One of the last big names advocating limping unopened pots was Dan Harrington who as late as 2008 advocated it in: Cash Games (How to Win at No-Limit Hold’em Money Games) Vol. 1.

In his last book however, he is not recommending limping unopened pots (not mentioning he was all for it just a year or so ago;-): Harrington on Online Cash Games; 6-Max No-Limit Hold ’em.

I personally stopped limping a couple of years ago after analyzing how the greatest winners in a massive database with many millions of hands played by hundreds of thousands of players played. They pretty much didn’t limp in unopened pots at all – so I stopped doing it to.
In 2010 it is even rarer to see a winning player limping first in.

So why is it not a good thing then? I believe limping in unopened pots is bad for the following reasons:

Sure, some super expert players might be capable of limping unopened pots with a balanced range of hands so they are difficult to exploit by limping behind or raising. But this is extremely difficult, because how you play will have to be very strongly adapted to how the table and the players play. The balance of strong hands versus not so strong will have to be adapted to likelihood of players limping behind, likelihood of raises, implied odds and such. And I believe very few players are capable of doing this in a way that makes it more profitable than just simply raising or folding.

That being said, it is understandable why there was many advocates for limping a couple of years ago when the average poker player was much, much weaker than they are today and much less likely to raise the limpers and much more likely to pay a lot of money with a top-pair against a flush then they are today. If you are lucky to find a table with that bad players at decent stakes today, please let me know!